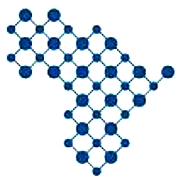 Shell: new report on Nigeria unlikely to offer refuge from controversy
Media reports are claiming that the UN's ongoing study of oil pollution in Nigeria will find Shell responsible for only 10% of the oil spilled into the Niger Delta in the last 40 years. However, even if the final report favors Shell, the media backlash caused by the BP spill, coupled with the Nigerian government's continuing intervention, will make its future in the Delta far from straightforward.

Although the results of the UN Environment Programme's (UNEP's) ongoing three-year investigation into the dangers of drilling in Nigeria's most oil-rich region are not due to be presented until early 2011, a media backlash has already begun. This is due to two main factors: firstly, the fact that the $10m investigation is being funded wholly by the Shell Petroleum Development Company has led one London-based oil watchdog to brand the findings "bogus".

Secondly, media reports, led by the Guardian, are claiming that the investigation looks set to find that equipment failures and company negligence have been to blame for just one 10th of the nine million barrels spilled in the Niger Delta's rivers, streams and farmland since Shell began drilling for oil there in the 1950s. Media reports claim that the remaining 90% will be blamed on sabotage, or 'bunkering', by local criminals allegedly looking either to steal oil for the region's numerous illegal refineries or simply to disrupt production.

The UNEP has since defended the former claim by saying that this is standard practice under the 'polluter pays principle'. It has also distanced itself from speculation about the alleged results, saying that the 90% figure stems from "official estimates of the government of Nigeria" and therefore "do[es] not represent nor reflect results of UNEP's current assessment process which is still ongoing".

Shell has long claimed that almost all of the spills that have occurred during its time in the Delta have been caused by criminals and militants intent on destroying its operations there, and the company is no doubt hoping that media reports regarding the likely outcome of the investigation are accurate, as this would smooth the path for increased future production. However, given that Shell has a history of controversy in Nigeria, and the fact that the UN investigation was funded by the company itself, the report's conclusions are likely to be greeted with skepticism, not just within Nigerian communities, but across the globe.

Following BP's high-profile disaster in the US Gulf of Mexico, the dangers of drilling for oil have been catapulted into mainstream media. As a consequence, Shell has seen the media coverage of its controversial involvement in Nigeria's ascendant oil industry flare up once again. Indeed, this furor is only the latest in a long line, with more than 1,000 court cases having been filed against Shell since it began operating in Nigeria 40 years ago (although other international oil companies, including Chevron and Agip, have faced similar setbacks).

It is now clearer than ever that, even if the findings favor Shell, things will not become any easier. The Nigerian government is expected to pass its Petroleum Industry Bill soon, which will, among other things, increase the government's share of offshore oil profits from 45% to 70%. The government has also announced that royalty taxes and other measures will be introduced to make contracts signed in the 1990s more even-handed for the country. In July this year, Nigeria produced 2.2 million barrels of oil a day, its highest average since 2007, but this growth will not last.

Nigeria has the ninth-largest proven oil reserves in the world, but the government has failed to help create the necessary industry infrastructure and has not invested in enough joint ventures with foreign companies to ensure sufficient future production growth. Therefore, in the absence of much needed foreign direct investment, the pressure on Shell to develop the nation's reserves is likely to increase. But, with recent events off America's coast placing international oil company conduct under mounting scrutiny, Shell must move forward with great caution if it is to make its position in Nigeria sustainable for both company and country.