Eskom's funding plan to 2017 has been finalised and the electricity generation group will spend R201.6 billion over the period with R65 billion budgeted for this year, says Public Enterprises Minister Malusi Gigaba.

Presenting his budget vote speech in Parliament on Wednesday, Gigaba said that government had approved the increase of Eskom's domestic borrowing programme from R65 billion…

Spanish giants blank Kuwait 2-0 Real, Ronaldo mesmerize Kuwait By Chidi Emmanuel KUWAIT: Activities in Kuwait were brought to a halt yesterday evening as the Spanish La Liga champions played with the Kuwait national team at the Al-Kuwait Sports Club stadium in Kaifan. The stadium was filled to capacity as Kuwaiti youths, fans and families struggled to catch a glimpse of the Madrid team. The match, which Real won 2-0, started with lots of pomp and peasantries. There were colorful fireworks…

Ghana To Export Nuclear Energy To The Sub-region

Ghana is working assiduously to explore the feasibility of nuclear energy in its power mix, as it strives to become a major net exporter of energy to other West Africa States.

Thus, government’s intervention geared towards increasing the total installation capacity of electricity generation, currently at 2000 megawatt, to 5000 megawatt in 2015, has targeted the utilisation of nuclear power to supply…

The African Union Commission has called for the implementation of energy related projects, in particular those related to the Programme for Infrastructure Development in Africa (PIDA). This is because PIDA, through its institutional architecture, will develop efficient, reliable, cost-effective and environmentally friendly infrastructure for the physical integration of the continent, and enhance access to modern energy services for the majority of the African population. The programme will…

UNDP and the Brazilian Government have set up a series of online “Rio+20 Sustainable Development Dialogues.” There are open to everyone: UN and NGO staff, activists and other members of the public. The dialogues function in English, French, Spanish or Portuguese.
All you need to do is to go to www.riodialogues.org & select “Join the Dialogues

Minister for environment maria mutagamba has advised govt to recall all land titles issued on the shores of lakes and banks of rivers in order to reduce rampant encroachment on the protection zones of these water bodies. Mutagamba said Lake Victoria had lost its filtering capacity due to encroachment and because of this Govt spends billions of shillings towards treatment of water before it is pumped back to kampalas 2 million people. (Radio1 Talk show)

Pension for foreign workers in Kuwait?

KUWAIT: Before leaving Kuwait finally, Charlie Dag was wondering what life is going to look like in his home country Ivory Coast - having spent most of his youthful and useful years in Kuwait. Without a permanent residence or any pension scheme, the future looked bleak as he navigated through the immigration counters at Kuwait airport on his way back home. “I am glad and sad at the same time. I am happy…

The 4th Africa Carbon Forum (ACF), this year in Addis Ababa, opened its doors today to over 1,000 registered participants from across the globe to foster a discussion on climate change and carbon finance in Africa.

The message resonating this year from Addis is that Africa represents a golden opportunity for a green future.

“The vast potential represented by African countries in the fight against climate change cannot be underestimated,” said Christiana Figueres,…

Economic growth in Sub-Saharan Africa remains strong and is poised for lift-off after growing at 4.9 percent in 2011, just shy of the pre-crisis average of 5 percent. Excluding South Africa, which accounts for over a third of the region’s GDP, growth in the rest of region was 5.9 percent, making it one of the fastest growing developing regions, according to a new World Bank report on Africa’s economy.

The Millennium Development Goals (MDGs) are eight objectives agreed by all 193 members of the United Nations and 23 international organisations. With 2015 set as the deadline, the global goals include eradicating extreme poverty, fighting disease epidemics such as HIV/AIDS, achieving universal primary education and developing a global partnership for development.

Originally set out at the Millennium Summit in 2000, progress towards achieving the goals has been mixed with advancement…

Equatorial Guinea is now part of a Global Environment Facility (GEF) project titled ‘A Regional Focus on Sustainable Timber Management in the Congo Basin’, an initiative backed by international development organizations, national NGOs, and government officials. One of three pilot countries, Equatorial Guinea will begin a series of regional activities in which all GEF participants will collaborate closely to address illegal logging and ensure the sustainability of forest…

Ghana and Canada will cooperate on expanding the Aboadze thermal plant in Takoradi.

President John Evans Atta Mills, who held discussions on the plant with the Canadian Commercial Corporation (CCC) last November in Canada, met this month with executives of the Corporation in Ghana.

The CCC is the main investment grouping in Canada, and the executives led by Marc Whittington, are in the country to sign an agreement with the Government of Ghana to support the expansion of the…

KUWAIT: Marriage between cousins is a very old tradition in this part of the world. It has both cultural and religious ties. In some religions, it is acceptable, for example in Islam. But in others it is forbidden, for example among some Hindus, Christian and Sikh religious groups. There are many reasons for cousins to marry. Marrying in a known family so as to adjust easily, keeping the family’s…

KUWAIT: Marriage between cousins is a very old tradition in this part of the world. It has both cultural and religious ties. In some religions, it is acceptable, for example in Islam. But in others it is forbidden, for example among some Hindus, Christian and Sikh religious groups. There are many reasons for cousins to marry. Marrying in a known family so as to adjust easily, keeping the family’s…

The last decade has shown that in the race to claim the 21st century, Africa will give Asia and a rising Latin America a run for its money. McKinsey global recently published a ground breaking publication named ?Lions on the Move: the progress and potential of African Economies.

Drawing a direct parallel to the economic emergence of the Asian Tiger Economies, the study fixed impressive numbers against the impending rise of the African Lion economies.

There is no more…

One of Nigeria’s leading economists and management consultants, Foluso Phillips, will speak at Ghana Economic Forum scheduled for May 3, 2012 at the Movenpick Ambassador Hotel.

The Ghana Economic Forum will assemble key industry chieftains, senior- level decision-makers in public & private sector organisations in the country and development partners to engage in discussions centred on the how Ghana can sustain the macroeconomic gains made in recent…

ARB APEX bank to give US$ 8m to rural farmers

ARB Apex bank will soon start disbursing low interest loans, up to the tune of US$8million under the Rural Finance Wholesale Fund to rural commercial farmers in the country.


The revolving and medium-term loan facility will be made available to Rural Commercial Banks (RCB) for on-lending to specific commercial farmers as well as micro, medium and small enterprises.


The fund, which is a compact agreement between the Danish and Ghanaian governments, will help…

Hydropower could supply all of Africa's electricity needs if cross-border cooperation was stepped up, according to a UN report launched last week (12 March) at the World Water Forum in Marseilles, France.

Africa currently generates just one third of its electricity from hydropower, but could learn from cooperation and training programmes with India and some Western countries, according to Ulcay Unver, coordinator of the UN World Water Assessment Programme, which produced its… 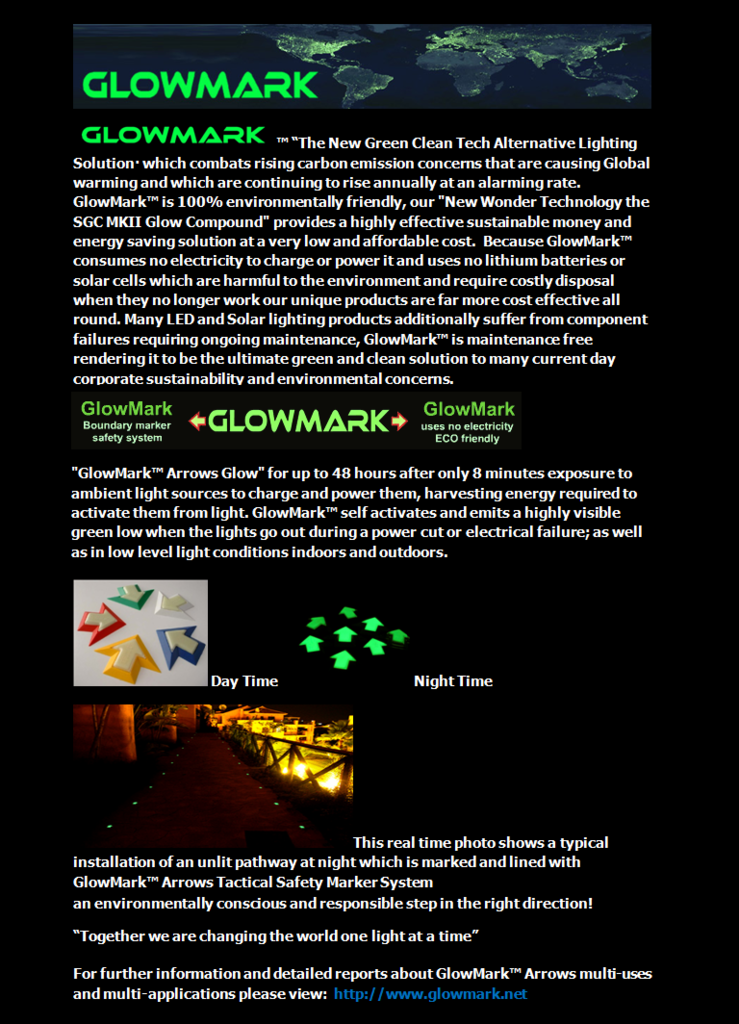 The SGCMKII Glow Compound is the Catalyst and is at the…

Many so called low energy or money saving conventional lighting and solar powered lighting products contain very harmful and dangerous toxic chemicals which are costing governments millions every year in their disposal costs once these products no longer work; and which are often being deposited in land-fill waste dumping sites…